Guarantee Dates Of Group Tours In 2019: 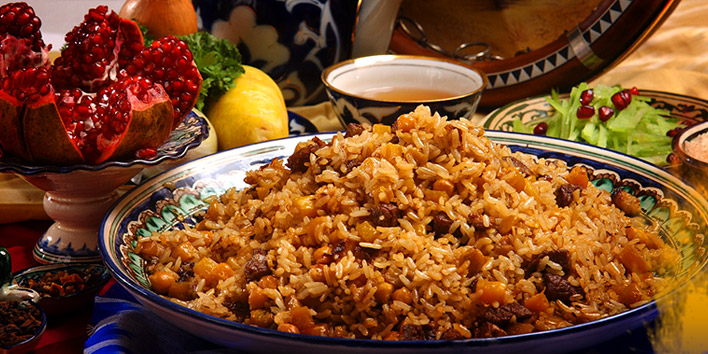 A Gastronomic Tour of Uzbekistan is an expert-led cultural food tour which is designed to give you the exclusive experiences that best capture the unique food and culinary traditions of Uzbek cuisine.

The Uzbek cuisine is probably one of the most diverse in Asia. Situated on the caravan routes of the Great Silk Road, Uzbekistan has for many centuries been assimilating the most interesting and original recipes of food from various countries. Each meal in Uzbekistan has its own traditional way of cooking, and one and the same dish has innumerable methods of preparation throughout the country.

Uzbek plov has become Uzbekistan’s main culinary brand, but it is far from being the only remarkable dish in the Uzbek cuisine. Tender manty, juicy shashlyk shish kebab, aromatic samsa pasties, rich shourpa and horsemeat sausage kazy, tandyr-kabob in Bukhara, naryn in Tashkent, nohat-shurak in Samarkand and exotic tukhum-barak and shivit-oshi in Khorezm - all of them form but a small part of the list of dishes in the Uzbek cuisine! And what about the dessert, consisting of a great number of Oriental sweets, fresh fruit, dry fruit and various kinds of nuts?

With the focus on Oriental gastronomy, this tour will give you an opportunity to immerse yourself in Uzbekistan’s rich history and culture, to learn about treasured architecture of Samarkand, Bukhara, and Shakhrisabz - the fabled cities still keeping the memory of Tamerlane, Alexander the Great, Genghis-khan, and many trade caravans of the Great Silk Road. Tall elegant minarets, grandiose madrassahs and mosques will be branded in your mind for long. But first of all, this travel will be appreciated by gourmets. Open for yourself the world full of oriental delicacies!

No doubt, this fascinating culinary tour for foodies will become the most 'delicious' in your collection!
Discover Uzbekistan's incredible history and cuisine!

This route involves the following accommodation:

Depending on the size of a group the following means of transportation are used during the tour:

Visa and Visa invitation to Uzbekistan:

Visa-free regime for up to 60 days has been established  for citizens of countries below:

Visa-free regime for up to 30 days has been established  for citizens of countries below:

A great number of other countries can obtain an e-visa to Uzbekistan by simply visiting the governmental portal e-visa.gov.uz.

Useful Information on Traveling to Uzbekistan 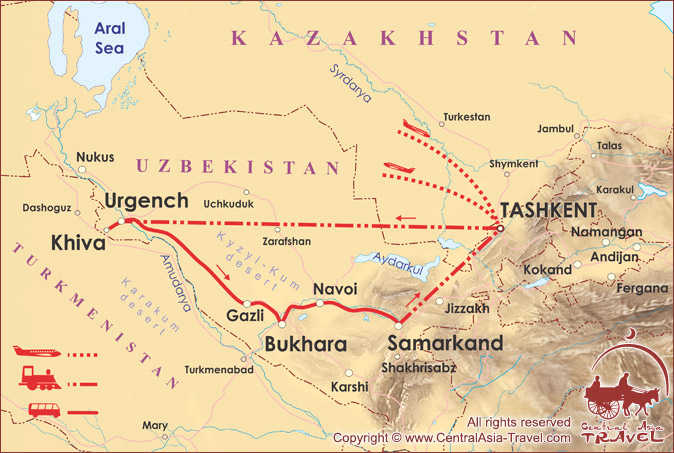 Photos of the tour:

Video of the tour: