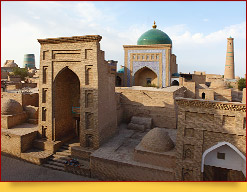 Almost every national epic features a very strong and brave hero. Such a character in Central Asia is called pakhlavan. Pakhlavan Mahmud from Khorezm was a man like this. He was a real person who became a legend.

He earned his living as a furrier and was a talented poet, philosopher and wrestler by vocation. He became famous for his gifts in Khiva and far outside it during his life. They say he always defeated those who wrestled with him except one man because he had learned that this man would be executed if Pakhlavan Mahmud won. Professional Iranian wrestlers still pray to the great Pakhlavan Mahmud before every fight today.

According to the legend, Pakhlavan Mahmud died in 1322 or 1325 and was buried in his workshop. People began to consider him to be a patron saint of Khiva and built a mausoleum over his grave in 1701. Soon the place became a shrine, and a number of structures grew around it. The tombstone and mausoleum of Pakhlavan Mahmud was decorated with the traditional white and blue majolica. Later Mahammad Rakhim-Khan, Abdulgazi-Khan, Elbars II and their family members were also buried in Pakhlavan Mahmud Mausoleum; it became Khiva khans’ mausoleum as well.

Late in the 19th c they built a mosque, a madrasah and four karikhona charity houses for the blind (there were a lot of blind people in Khorezm, with its frequent blusters and much sand in the air during them). For the large number of pilgrims arriving at the complex they opened hudjra rooms to stay in and oshkhona canteen with a kitchen.

Early in the 20th с a two-storey structure was built in front of the mausoleum. One of the halls of it contains the richly decorated tomb of Isfandiyar-Khan. 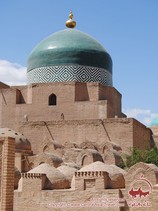 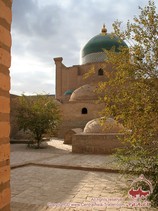 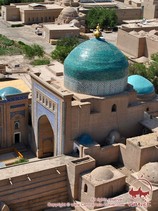 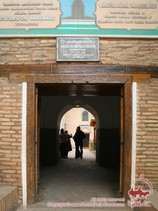 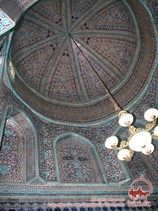 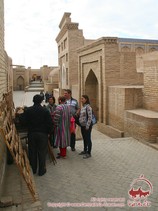 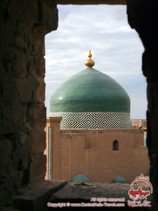 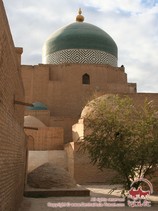 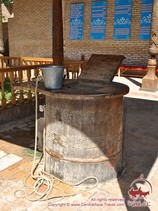 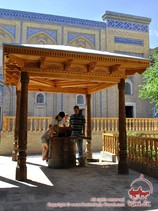 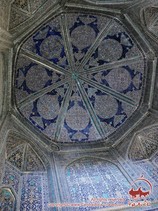 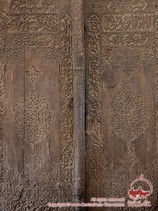 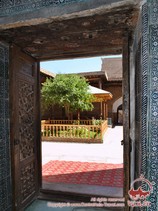 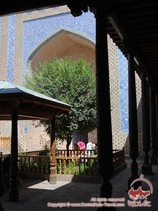 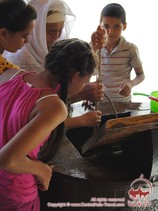 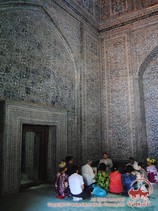 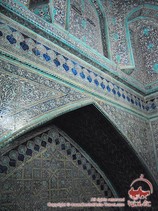 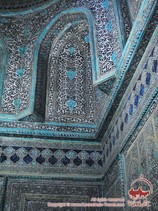 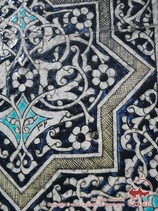 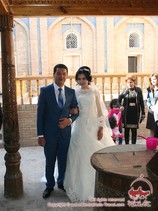