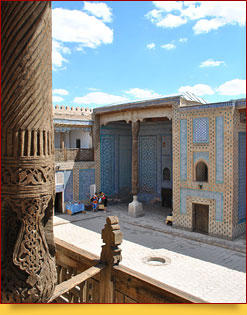 Located in the eastern part of Ichan-Kala, Tash-Khauli Palace built in 1830 - 1838 is an example of Khorezm architectural grandeur of those times. The palace was built by order of Allakuli-Khan. While it was being constructed, Khorezm had a well developed economic relations with the neighboring kingdoms; its budget was fat. That was why the khan did not begrudge money to spend on the rich decoration of his palace.

It took 8 years to built the structure, which never pleased the khan: he wanted this big project to be completed in 2 years’ time. Many master builders lost their heads for this reason. They began the construction with the harem and khan’s chambers; then they built the mekhmonkhona ‘reception hall’ and arzonkhona ‘court’, on the eastern and western sides respectively.

All the parts of Tash-Khauli are connected with a labyrinth of dim corridors. The khan’s chambers and harem are separated from the official part by a single corridor. The khan’s room is the largest and richest in decoration; the other four rooms were used by the khan’s wives - according to the Koran, a man must not have over four wives. Along the perimeter of the yard runs a two-story structure with rooms for female relatives and concubines. Each room of the harem has a separate entrance connecting with no other rooms. The walls are richly decorated with white and blue majolica panels; the ceilings are painted brown and red; the windows have fancy copper grates. No part of the decoration is repeated.

The section designated for guests and delegations forms a square yard with a round platform for the khan’s guest yurt in the center. Along the yard run iwan terraces and rooms - all splendidly decorated with the traditional white and blue majolica.

The western part of the palace used for the court hearings the khan himself took part in was twice as larger as the reception hall. The walls of arzonkhona - and the whole palace - were decorated by the famous artist Abdullah people nicknamed Genious. 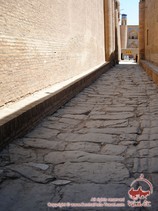 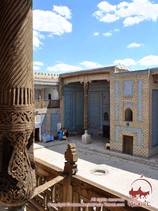 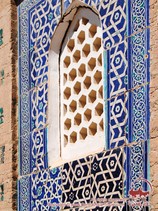 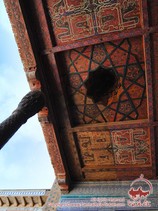 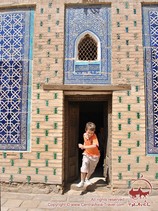 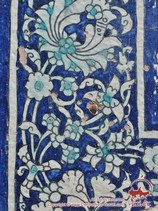 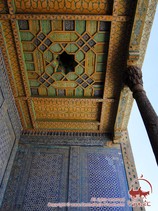 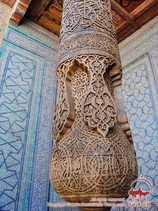 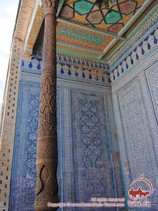 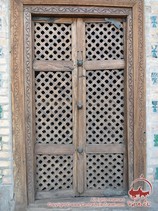 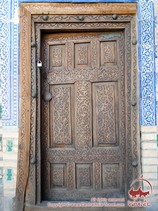 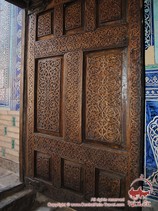 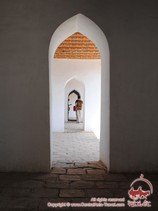