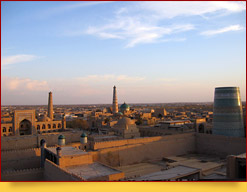 The historical complex Ichan-Kala (‘inner defense circle’) is an almost intact medieval old town area in Khiva. It was the first site in Central Asia to be included in UNESCO World Heritage List. Once you visit Ichan-Kala today, you know how almost all the medieval Oriental towns looked in the past. Ichan-Kala consists of over 400 traditional dwelling structures and about 60 architectural monuments. In 1969 Ichan-Kala was designated a historical and architectural conservation area.

Ichan-Kala is a densely built-up old town. It has several times been destroyed and restored. They date the beginning of its construction to 1598. It was in this year when because of a change of Amudarya River course the capital of Khorezm was transferred from Gurgandj (Urgench) to Khiva.

Ichan-Kala is encircled by a strong wall made from adobe bricks. It is 8-10 meters high, 5-6 meters thick. Its outside perimeter is 2,250 meters long. There are defensive towers standing at every 30 meters along the wall; the top of the wall is crenellated, with small embrasures used to shoot through in the past. Around the wall there was a moat; its remains can still be seen at the southern part of Ichan-Kala. The wall had four gates with gate towers and watch galleries at the top. 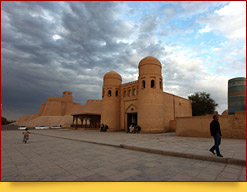 Ichan-Kala is not large as a town; its area is about one square kilometer. The major Ichan-Kala street running from the western gate to the eastern gate has the most interesting buildings. Near the western gate stands Kunya-Ark Fortress (construction began in 1686); to the left of the western gate is the largest Khiva madrasah Muhammad Amin-Khan Madrasah (1845 - 1855). A little further is the famous Kalta-Minor Minaret (1845 - 1855), which is 29 meters tall. It had been originally designed to be 80 meters tall but remained incomplete. Closer to the center of Ichan-Kala is the majestic Muhammad Rakhim-Khan Madrasah (1876). Near the eastern gate is Tash-Khauli Palace (1830 - 1838) and Allakuli-Khan Madrasah (1834 - 1835), which once housed the town’s library. South of the center is Sayyid Alauddin Mausoleum (construction began in the second half of the 14th c), Islam Khodja Ensemble (1908 - 1910), Shergazi-Khan Madrasah (1718 - 1726) and Pakhlavan Mahmud Mausoleum (18th - 20th c). Almost all the buildings in Ichan-Kala are decorated with azure, blue and white majolica.

The outstanding qualities of Ichan-Kala derive not so much from the individual monuments - though many of them are splendid - but from the incomparable urban composition of the town, and from the harmony with which the major constructions of the 19th and 20th c were integrated into a traditional town fabric. 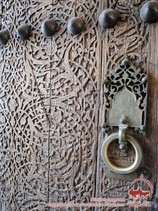 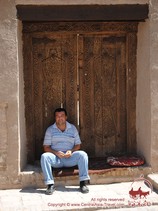 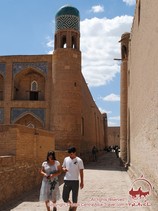 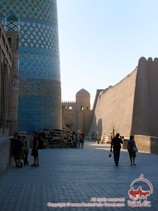 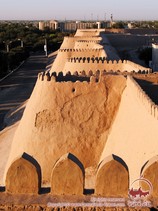 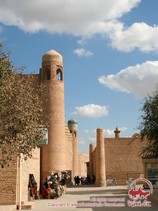 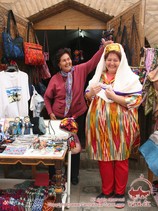