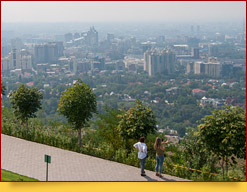 Almaty (Alma-Ata, translates as ‘the father of apples’) is the largest city in Kazakhstan with a population of about 2 million people, which before 1997 was the country’s capital and to this day retains the status of its historical, cultural and economic centre. Almaty is now often referred to as the ‘southern capital’ of Kazakhstan.

Almaty is situated at the foot of Trans-Ili Alatau, which accounts for the unpredictable weather in the city, with sharp temperature drops occurring even within one day. The average temperature in January is -4̊ С, in July +24̊ С.

Two rivers, the Big and Little Almatinkas, flow across the city and form a part of the Balkhash Lake basin.

Almaty’s position in a depression at the foot of a mountain range results in a challenging environmental situation, with smog often hanging above the city. 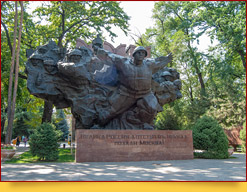 Mounds (kurgans) discovered by archaeologists in Almaty testify that the territory of the present-day city was populated by nomadic Saka tribes since the 6th-3rd centuries BC. In the medieval period there was a settlement there named Almatu which was situated on one of the branches of the Great Silk Road.

The modern aspect of Almaty began to form in 1854, when the Russian government decided to build the fort of Vernoye on the bank of the Little Almatinka. In 1867 it was named Verny, and a great number of migrants began to flow to the town from all over the Russian Empire. In the early Soviet period, in 1921, Verny was renamed Almaty (Alma-Ata), which was an ancient name for the entire area, and in 1927 it was made the capital city of the Kazakh SSR. It remained the administrative centre of the Kazakh SSR and later of independent Kazakhstan until 1997, when following President Narsultan Nazarbayev’s decree the capital was moved to Akmola, which half a year after was renamed Astana.

Must see objects in Almaty. Interesting places and attractions in Almaty: 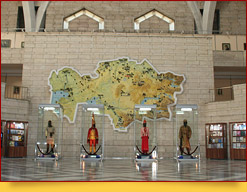 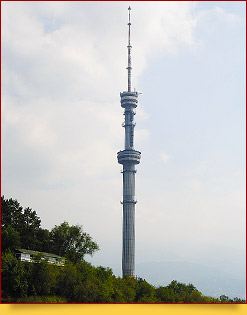