The Independence Square In Tashkent

The Independence Square (‘Mustaqillik Maydoni’) is not just the central sightseeing of Tashkent; it is a symbol of the city, where festivities are held during national holidays, and a favorite place of leisurely walking among the refreshing fountains and green alleys. 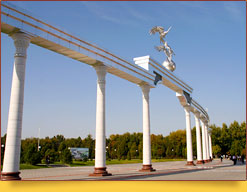 The Independence Square is more than 12 hectares. Having climbed up the granite steps, framed by cascades of beautiful fountains, which jets reach 7 meters in height, we get to the foot of the magnificent colonnade. Sixteen columns made ??of white marble are connected with each other by elegant metal board that is shot with silver in the sun. The colonnade is crowned by figures of storks, symbolizing peace and quiet in the country. 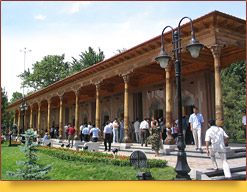 To the left of the Independence Monument there is a strict building of the Senate - the upper chamber of the Oliy Majlis (Parliament of Uzbekistan). It is in a classic architectural style - the main entrance is decorated with a portico with columns and crowned with the national flag of the Republic of Uzbekistan. In a high building in front of the Senate various ministries and other state institutions are located. A building of the Cabinet of Ministers is also situated On the Independence Square and it closes the administrative part of the area.

In the north the Independence Square there is a shady park area, the main sight of which is the Glory and Memory Alley. Along the both sides the alley there are galleries faced with granite and decorated with traditional carved gratings - pandjara. In the galleries there are fourteen stelaes (symbolizing the regions of Uzbekistan) with Memory Books, where the names of Uzbekistan people who died for their Motherland in the Second World War are written in gold letters. 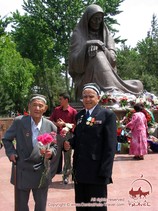 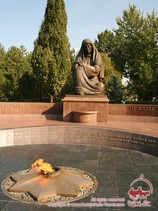 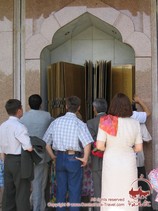 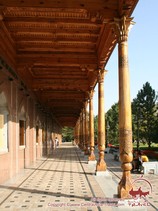 Visit the Independence Square on the following tours: