Park of 28 Panfilov guardsmen in Almaty

An old city park in Almaty 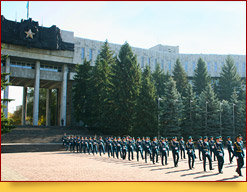 The Park of 28 Panfilov Guardsmen is a historical and architectural monument founded in the second half of the 19th century. The green park 18 ha in area with numerous old oaks, maples, aspens, pines and firs growing in it surrounds the famous Ascension (Zenkov) Cathedral. Engineer P. M. Zenkov who had been managing the construction of the Ascension Cathedral took part in the organisation of the park.

Initially known as the Urban Garden, the place was consecutively renamed Pushkin Garden, Lenin Park and the Park of the Soviet Federative Republics, and only in 1942 it was given its current name in honour of Panfilov Heroes who were defending Moscow against the German army in 1941 during the Second World War. Currently, the park is one of Almaty’s main attractions. 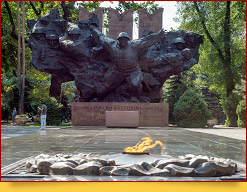