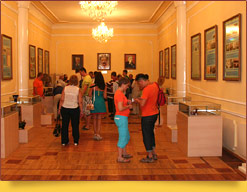 Many nationalities have had ceremonies using wine. In Zoroastrianism, once dominated in Central Asia, the ritual of wine consumption, which healthfulness was already identified at that time, was given quite a big importance. Wine was used not only during the celebrations, but certain rituals. Greco-Bactrian culture brought by Alexander the Great also did not forbid the use of wine but on the contrary stimulated the development of winemaking in the region, because wine played a big role in the everyday life of the Greeks. Even then, it was noticed that the grape varieties grown on the territory of modern Samarkand, are of particular sweet taste. It has a great importance for wine industry.

Unfortunately, in the VII-VIII centuries the Arab conquerors started to destruct vineyard plantings systematically, which were suitable for wine production, and began to grow kishmish on their place.

A new birth winemaking in Uzbekistan got in 1868 thanks to the Russian businessman D.M.Filatov. He organized the production of Uzbek wines that earned reputation in the world wine market at that time. Filatov carried out not only the production of wine, but also developed new varieties. One of his bred varieties, “Biishty”, received a gold medal at the International exhibition of wines and brandies in Paris, in 1883. 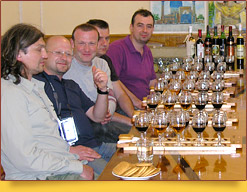 Because of the liquidation of private entrepreneurship by the Soviets Filatov had to abandon his activities. During his work he managed to gather a unique wine collection. Filatov hid it not wishing to transfer his collection into the hands of the Soviets.

Later the plant of Filatov was headed by M.A. Khovrenko. Being dowered with brilliant talents, Khovrenko was able not only to save, but also to increase achievements of his predecessor. During the work he improved the plant, and developed new varieties of grapes, from which now wines are produced not only in Uzbekistan, but all over the world. Filatov’s gold reserves were discovered 50 years later.

Nowadays, most of them are exhibited at House Museum named after Filatov, which was opened at Professor Khovrenko Wine Plant. The museum and the plant are functioning to this day. At the territory of the plant there is its own tasting room, which hosts a tasting of the wines produced here. Local wines have the exclusive astringent flavor and aroma.