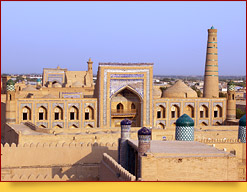 Muhammad Rakhim-Khan Madrasah is one of the most well-known and largest Khiva madrasahs. It was built in 1876 in front of Kunya-Ark Fortress by order of Muhammad Rakhim-Khan who had a reputation as an enlightened monarch and patron of scholars and poets.

The madrasah entrance leads into the courtyard surrounded by one story row of hudjra monastic cells with the solid and windowless outside wall. At the end of the yard stands a two-storey building with a large pishtaq portal. Every corner of the madrasah has guldasta towers with domes decorated with green mosaic. The portal is covered with predominantly blue and white majolica, which is also widely used in the decoration of the tympanum (arched wall surface over the entrance) and the columns. The ceilings of the portal entrance and loggias feature decorative brickwork.

Since Muhammad Rakhim-Khan was a patron of scholars, the madrasah had classrooms and a rich library. There were also summer and winter mosques. The 70 cells to enter from the yard boasted heating and cooking equipment and utility compartments in addition to living area in them. 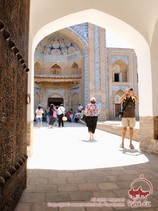 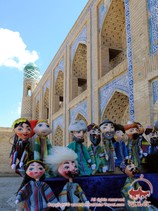 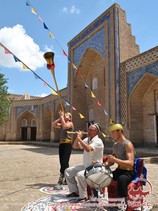 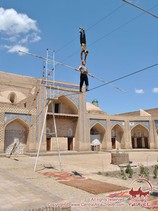 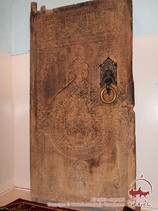 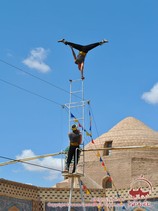 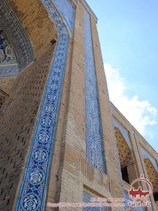 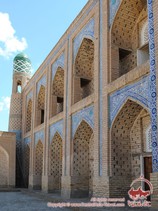