Best snack for those hiking, to have with beer, with soup, instead of popcorn or in any other case

It does not matter how old an Asian is, whether he is a baby or a century old man, a rich «bai» or a common shepherd, but he always has a kurt in his pocket. It has been true in past for centuries and practically has not changed - kurt remains a favorite salted delicacy in Central Asia, as well as in Azerbaijan, Georgia and Armenia. 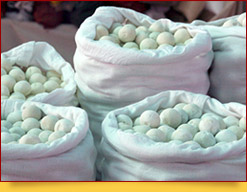 Kurt ( also known as “kurut”, “korot”, “khurut”, “gurta”, “cort”, from the turkish "koro" means "dry", "dried") is a caloric dairy product of Central Asian nomads, dried in natural conditions, something in between a salted dried curds and a hard young cheese in the form of balls of different sizes. The kurt recipe was invented many centuries ago to preserve dairy products, when trade caravans set off on a long journey, and shepherds with their cattle vacated the houses from the spring to the late autumn. It was then for the wits of their wives to equip their defenders for the long way, and so they invented such culinary products that did not deteriorate for a long time and remained tasty (baursak, kozinak, kurt, etc.).

In Uzbekistan, kurt is made from suzma (fermented milk product, strained curdled milk) and salt. The concentration of salt in the kurt can be completely different - from slightly salty to "vigorous". Kurt can also be with various spices - with basil (rajkhon), red pepper, mint and other herbs.

Why do they love kurt?

How to store kurt? In no case in the cellophane package, in which you probably bought it! A canvas bag, suspended for better ventilation will be ideal, paper bag is optional too.

The recipe for kurt: 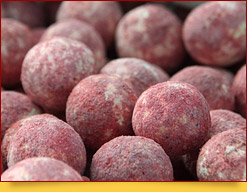 If you do not have ready suzma (which is abundant in any eastern bazaar), you will have to cook a kurt from the very beginning - from milk (preferably from cow, goat or sheep). After the milk sops, it is filtered through the gauze or cheesecloth for a long time (sometimes for 1-2 days) to remove the serum completely, and the resulting mass is salted and spices added to taste. Then a variety of shapes and sizes start to roll out of the ready mass (salty syuzma), but the classical version is a ball. Ready-made salted figurines are laid out on a large platter, covered with gauze, so as not to become worn and cracked, and left on the sun to dry for several days, and if there is no sun, then on dry warm air. The longer the kurt dries, the harder it becomes.

If you visit the ancient Chorsu bazaar in Tashkent, where there is a separate dairy department under the main dome, you will be surprised by the variety of shapes and tastes of the kurta - very small, large, round, and rhombic, "fingers", cubes and simply shapeless. You can buy it by piece or by weight. In towns and villages, private traders of small stuff like sunflower seeds, candies, chewing gums and other children's joy also sell kurt. For a long time kurt was homemade only, but now squeamish and aesthetic kurt lovers can find kurt factory packaging on the shop shelves. Kurt's merchants can always be found on busy inter-city routes, mountain roads (on the way to Chimgan, along the Pamir tract, etc.) - in remote settlements the kurt is very original, for example, it can be as a huge as a piece of stone that can be gnawed for more than a month.