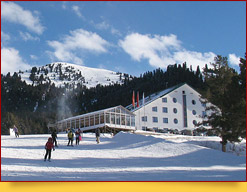 Karakol may not be a very big city for Kyrgyzstan, but still it is the largest town and administrative center of the Issyk-Kul region. Located at 1690 - 1850 meters above sea level in the eastern part of the region, at the foot of the Teskey-Alatoo ridge and in the lower reaches of the Karakol river it distances from the coast of Issyk-Kul lake for 12 km. This unique city hid among the ranges of the Central Tien Shan close to majestic peaks of Victory Peak (7439 m) and Khan-Tengri (6995 m). The area of ​​the city is 48 sq. km. The distance from Karakol to Bishkek is 400 km; the nearest railway station is within 220 km by road and 184 km - if moving by water.

Karakol is one of the Kyrgyzstan’s most beautiful cities, a tourist paradise for foreigners and residents who come here to relax. This largest resort town of Issyk-Kul region is attractive for its beauty, as well as for unique historical monuments.

In addition, many mountain routes along the Central Tien Shan start from the town of Karakol, and an alpine camp runs in the upper reaches of the same-named river in summer. From Karakol you can go to many of the most beautiful gorges on the northern slope of the Terskey-Alatoo range: Altyn-Arashan, Jety-Oguz, Dzhergalan, Ak-Suu, Chon-Kyzyl-Suu, Kereg-Tash and others. Almost each of them has springs of warm mineral waters that are good for health. Along the valley of the Karakol river you can climb to the glacier lake Ala-Kul.

In 1869, on the caravan road from the Chui Valley to Kashgaria junior captain Baron Kaulbars laid a foundation of the new city. At first, a place was sought carefully, and when it was finally found, or rather, it happened on July 1, 1869, the actual streets, squares and the guest yard were laid. So, this date is considered the day when the city of Karakol was born, named after the river on which it was located and, in general, is located now. From Kyrgyz it is translated like “black river”.

According to the town plan Karakol is a a strict rectangle, immersed in the greenery of the gardens, as before it was the responsibility of each developer to plant a garden and an alley in front of the house. So it was decided to build a garden city. However, it was not sole difference of the new borough comparing to its many other relatives in Central Asia: the buildings themselves looked somewhat different. Until 1887, mainly mud houses were erected in Karakol, however, after a strong earthquake that occurred in the same 1887, it was rebuilt by mostly wooden houses with porches decorated with intricate carvings.

Throughout its history, the city has changed its name more than once. Until 1889, it was called Karakol, thenit was renamed Przhevalsk by Tsar’s decree, in honor of the famous Russian traveler N.M. Przhevalsky, who died in Karakol on his fifth voyage and bequeathed to be buried on the of Issyk-Kul shore, near Karakol. At the site of his house in Mikhailovka Bay, a real museum was opened later, and then a monument and a small chapel were built at his grave.

In 1922 the city was again renamed Karakol. And in 1939 in connection with the centenary of the birth of N.M. Przhevalsky town was again given the name Przhevalsk. So, this name was used in relation to the city until 1992.  After Kyrgyzstan got independent, the city was able to regain its historical name.

Interestingly, even before the Russian revolution, among other cities of Kyrgyzstan, Karakol was a city with a vibrant cultural life. It served as a starting point for numerous expeditions to Central Asia, so it was full with famous scientists and travelers.

The architecture of the city reflects the cultural diversity of its inhabitants throughout the history.

The sights of Karakol include:

The park-reserve, where the memorial complex with the grave and the monument of N.M. Przhevalsky the explorer of Central Asia, located 12 km from the city, on the high bank of the Issyk-Kul lake, from where a majestic panorama of the lake and blue peaks of the mountains opens.

The Holy Trinity Cathedral stands out of the architectural structures. Here all Orthodox believers of Karakol gather at the feast day of the Holy Trinity. This building is a classic example of the 19th century Russian Orthodox Church. An elegant construction with wooden walls and fancy ornamentation stands firmly on a stone foundation. Five golden domes adorn the roof of the Cathedral, inside of which there are many icons, including a copy of the of Andrei Rublev’s "Holy Trinity" icon.

The Dungan Mosque is one of the greatest structures of Dungan architecture (Dungans are Chinese Muslims), with original architecture style and painting. The mosque is a magnificent example of the Chinese Qing era (1644 - 1911) architectural style. The construction resembling a Buddhist pagoda built in 1910 from a tree without a single nail. The three roofs’ gables face south, and upward-curved corners ending with dragonheads personifying certain good wishes. The most impressive is the external gallery, the roof of which is supported by thirty golden columns decorated with magnificent wood carvings. The foundations and stone work was done by local craftsmen, and all the woodwork was done by the Chinese. Parts of the future building took about three years to prepare. The multi-tiered wooden cornice that surrounds the building is decorated with floral images (grapes, pomegranates, pears, peaches), and the traditional colors - red, green, and yellow - give brightness to the building’s original shape. The ingenious system of cuts allowed builders avoid using nails and any metal fasteners.

Karakol is also famous for its Sunday livestock bazaar, where trade begins with the first rays of the sun. Purebred dashing horses, pedigree cows or fattened sheep are waiting for their new owners there. Do not forget to visit the city museum, which contains rich information about the region’s history, archeology, rich national Kyrgyz culture and art.

Karakol canyon-gorge is located not far from Karakol city and is a favorite place of curious tourists.

One of the most pleasant and interesting spots in the Karakol mountainous regions are hot springs of Altyn-Arashan. Altyn-Arashan (“Golden Source”) are located in an extremely picturesque gorge, east of Karakol.  Contrast to hot springs, not far from Karakol, you will also find the Kashka-Suu moraine-glacial lake, a giant ice-covered trapezoid Aksu wall (5022 m), and the Ak-Suu River waterfall along with other dazzling waterfalls. Many adventure routes start and end here. Karakol Peak is the highest point of this region (5271 m). 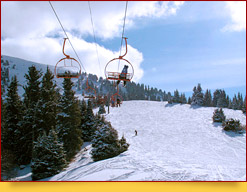 The Karakol ski base is an increasingly developing resort fit for ski holidays. It is located in the Kashka-Suu gorge (spur of the Karakol gorge), 7 km from the city of Karakol in the forest zone at an altitude of 2300 meters. More than 20 km of tracks 400 m to 3.5 km long are prepared for skiing here. The highest point is 3040 m, the height difference is 800 m. The ski season lasts November to April.

The ski base has changed a lot recently. A new modern chairlift, a helipad, skis, snowboards, sledges rental with a wide choice built here. The slopes are now additionally serviced by five lifts of a cable-towing type, the toboggan slope is now also equipped with a lift.

Currently, an ever-growing circle of alpine skiing and snowboarding fans is coming for an active holiday in winter. Therefore, the ski resort "Karakol» became a hot-spot for family-style winter holidays both for residents from different parts of Kyrgyzstan, as well as guests from near and far abroad. The resort is becoming more and more popular because it does not require large financial expenditures to rest here. The city of Karakol and its attractions are waiting for you.  Unforgettable impression about this place will certainly stick in your memory for a long time.  “Central Asia travel” company is happy to help you skipping the planning routine and fully enjoy the wonderful tourist city of Kyrgyzstan.